Western Coatings Societies Board of Directors 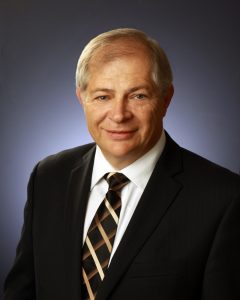 John has been active in the CASE market since 1972 when his career began in Toronto, Ontario, Canada marketing organic & inorganic pigments for Dominion Colour in Canada and the USA markets.

Relocated to Southern California in 1996.

Residing in Corona, CA. John is an avid golfer and still enjoys playing competitive slow pitch softball. Being Canadian, played many years of ice hockey and officiated this sport at a high level for over 30 years.

John is married to his lovely wife Yara for 46 years and has 2 daughters and 5 grandchildren and enjoying the endless summer weather that the West Coast offers. 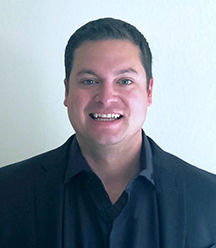 Eric was born and raised in the Pacific Northwest (PNW) living throughout Washington and Oregon. After gaining a BS in Biology with emphasis in Chemistry from the University of Washington in 2006, he cut his teeth in specialty chemical distribution at ChemPoint, a Univar company located in Bellevue, WA. ChemPoint began as a .com e-commerce startup and flourished into the most profitable division of Univar based on EBITDA. After 7 years of working his way thru the corporate ladder in sales and management roles, Eric was bit by the traveling bug and took a hiatus to travel around the world for life experience. After returning stateside, he wanted to gain his legs in outside sales and took an opportunity with Brenntag Specialties, Inc. After 4 years entrenching himself in the PNW ACES/CASE industry, he joined Ravago Chemicals in 2018, a few years after they’d acquired Pacific Coast Chemicals as a Sr. Account Manager.  After a divorce with Ravago, he’s enjoying entrepreneurial income and actively looking for his next career step while leading the WCS BOD.

Throughout his career in the CASE industry, he’s been a part of the Pacific Northwest Society of Coating Technologies (PNWSCT) and has handled the Portland Chapter for the last 6 years. He’s the acting President at this time, leading the charge in keeping members engaged and coming out of the COVID shell. This Fall will be the postponed ‘2020’ CoatingsFest Symposium, moved to 2022 due to COVID.

Eric resides in the Portland, OR area and has a beautiful daughter who is a common topic of conversation. He enjoys old Chevy trucks, BBQ’ing, golfing, and hiking. 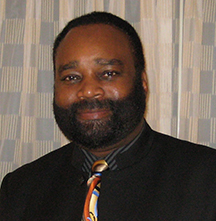 Jerome Jacobs, serves as Vice President for the Western Coating Society (WCS) and current President of the Golden Gate Society Coating Technology. In both positions he helped to promote paint and coatings manufacturers, raw materials suppliers, distributors, educators, and students through technical presentations, technical documents, job assistance and scholarships for Northern California members. In his role as Vice President for WCS he focuses on recruitment and identification of students for the bi-annual WCS conference.  Jerome is the Founder and President of Fiber X Pro, a company that provides raw materials for the asphalt, construction, industrial, agriculture, paint and coating industries.

Jerome earned his BS degree in Biology from the University of California Santa Cruz and MBA from Golden Gate University San Francisco. His work experience includes technical and sales experience in cellulose fibers for filtration and industrial applications for paints, coatings, thickeners and carriers. He spent more than 20 years in the biopharmaceutical industry in the production of medicine, carbohydrate chemistry and filtration sales.

He enjoys sharing his experience with students who aspire to be disruptors in their field seeking innovative solutions to both current and future problems.  Free time when it can be found includes world travel, fine wines, golf and listening to live jazz.

Babette Turk is the Chief Financial Officer and founder of Turk International, LLC, a chemical distribution company serving the coatings industry in Western United States and Canada. Prior to founding Turk International LLC, Babette worked for chemical distribution companies PT Hutchins and JF Shelton as well as multi- national corporations Time-Warner, British Telecom, Telecom Italia and AT&T. This is Babette’s seventh term volunteering for the Western Coatings Symposium and her fourteenth year as volunteer Yearbook Chairperson for the Los Angeles Society for Paint and Coatings Technology. 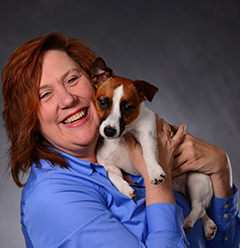 Born in Winnipeg, Manitoba, Betty Ann spent most of her informative years in Ontario Canada and in beautiful Lahr Germany. A graduate of the University of Guelph, Ontario, Betty Ann received her first introduction to paint and coatings while interning at All Color Paint in Mississauga, Ontario, Canada.

With approximately 20+ years’ experience now, she has worked for PPG in Automotive Coatings, Akzo Nobel in Wood Finishes and Specialty Polymer Inc. as the Senior Applications Chemist. Betty Ann is now with Ames Research Laboratories Inc. serving as the Director of Innovation and part of the management team of a Women Owned Business.

Betty Ann has served on the PNWSCT as the Secretary, Board Member and Scholarship Chair for six years. She is proud of the fact that Scholarship Committee has successfully given away up to $15,000.00 annually for three consecutive years in scholarships or fellowships to students and employees of the paint industry in the Pacific Northwest. This is Betty Ann’s first year as a Board Member for the WCS but is looking forward to becoming a contributing member of this great group of people. 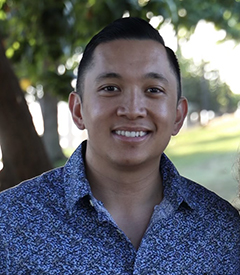 Alex Hughes is the Technical Account Manager at Terra Firma based out of Los Angeles, CA. He was born and raised in San Bernardino, CA and graduated from UCLA with a BS in Biochemistry. Alex started his career with Dunn-Edwards Paints as a Chemist in Product Development where he helped formulate and bring to market the company’s first urethane alkyd emulsion and industrial maintenance lines.

In 2016, he joined the Board of Directors for the Los Angeles Society for Coatings Technology, later became the 100th President, and received the society’s Outstanding Service Award.

Alex left the lab in 2020 and took on a role as an Account Manager for J.F. Shelton, now Ravago, where he learned the ins and outs of raw material distribution for CASE, inks, and construction & building products.  In 2022, he finished his role on the LASCT board, joined the WCS Board of Directors to help continue the legacy, and joined Dowd & Guild, now Terra Firma.  In his spare time, he enjoys training and competing in tennis and triathlons. 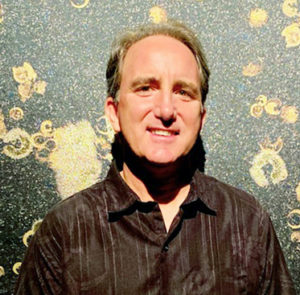 Kevin Egan is a Research Fellow at Behr Paint Company in Santa Ana, California.  Born and raised in “South Detroit”, Kevin graduated from Wayne State University in 1986.  Later that same year, he began his career in the automotive coatings industry with BASF-Inmont in 1986.  During that time, Kevin learned the joys of working as a supplier to major automobile manufacturers and led new color development and product launch teams for Ford, Chrysler, Honda and Subaru.

After 20+ years in various technical positions at BASF, Kevin saw the light and moved to the promised land of Southern California to work for Behr Paint Company in 2009.  Kevin has continued work in color science at Behr, through his involvement in the Low VOC colorant introduction at The Home Depot and color formulation work for major architectural paint retailers. 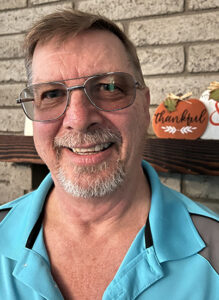 Steve Johnson was born and raised in the Boston area where he earned his BS in Chemistry at UMass Boston.

Steve has over 35 years of formulation, development, and process experience, in a variety of CASE applications.  He began his career as an R&D Chemist for BASF at their Bedford, Massachusetts plant where they manufactured a variety of magnetic media: A/V tapes, computer tapes, and floppy disks.  After several years at BASF, he relocated to Arizona where he worked in varied chemistries, (acrylic, polyester, epoxy, and polyurethane), for varied applications, (contact lenses, and laminates, including rigid and flex circuit boards).

Steve joined Pro-Tech Products in 2007 formulating and manufacturing roof coatings.  At the same time, Steve joined the Arizona Society for Coatings Technology, (ASCT).  Between 2010 and 2016, Steve was involved with the development of Pt/Pd slurries for the catalytic converter industry as well as formulating a variety of polyurethane foam products.